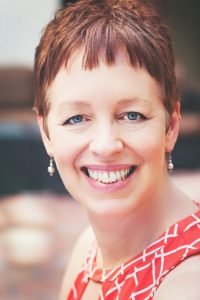 It was late at night on March 4, 2009. I was sitting in a hospital emergency room with my husband, Brian and our oldest daughter, Brianne. The room was cold. The fluorescent lights harsh, and the plastic seats uncomfortably hard. There was little comfort for the fear Brianne and I both felt.

Over the past year, we had watched her dad and my husband slowly slip into confusion and bizarre behavior. I squeezed my daughter’s hand. “We’re going to figure this out,” I told her. Yet, secretly, I was terrified that Brian had early onset Alzheimer’s disease.

It had all started more than a year earlier. There were little signs – nothing startling, at first. Brian would forget things. His usually sharp wit was slightly off-color. He even got drunk one night while watching our youngest daughter’s dance competition. All of this was totally out of character for him.

I brushed off his unusual behavior. “It has to be stress”, I’d tell myself.

You see, in February 2008, Brian was laid off from his job at a friend’s tooling company. He had taken a job there after his own successful business had dried up a year earlier. Now, the entire tooling industry seemed to be in trouble.

Winter 2008 became spring, and then summer. Brian had managed to land a contract job, so I was hopeful even as the economy crumbled around us. But by late summer, everything was getting worse.

He quit his job contract after only two months, telling me he would get work through his own business. He would call me, asking for directions to places he had visited several times before. He would forget to pick up our daughter and her friends after dance practice. His normal quick naps became two or three hour slumbers.

By September, we were in big financial trouble. Although I had a good job, Brian’s earnings had been double my salary. Our savings were long gone. And while I didn’t know it at the time, he had built up an enormous debt in his business.

I had joked about everything at first – especially with our three teenage daughters. But as time wore on, it was no longer funny. Everyone was stressed.

I asked Brian to get a complete physical. I was relieved when he agreed. “Now, we’ll get an answer,” I thought. However, everything, including his blood tests, was normal.

By this point, I was growing desperate. So, I did what I would do with any writing project. I combed through internet sites. I read every scientific article I could find. I even listened to audio programs while driving to and from work.

Of course, I hoped to find information that could help in some way. Yet doing this also helped me cope. I felt like I had some control, even as I felt control slipping away.

So I was ecstatic when my search seemed to pay off. I discovered that testosterone levels could decrease in men of Brian’s age. And that this could cause many of the symptoms he was experiencing.

Another blood test confirmed my suspicion. His testosterone levels were in the basement. Our doctor ordered a testosterone supplement. “Maybe we CAN enjoy Christmas this year,” I told myself.

Yet by January, Brian was worse, even with the supplement. He napped every two hours or so. Tasks, once automatic for him, were too difficult to do. Just getting up in the morning was a chore. I had to help him get up and dressed, just to keep him from lying in bed all morning.

I negotiated, cajoled, and yelled, more than I care to admit. The girls and I confronted him, hoping to shake him out of his abject complacency. Nothing worked.

I pleaded with him to see our family doctor again. This time, she bumped up his testosterone prescription, threw in a prescription for an antidepressant… and sent him home.

Now, I was desperate. I left no stone unturned. We started seeing a therapist together. We went to see a Naturopathic Doctor, too. He gave us a similar diagnosis… depression compounded with low testosterone levels. At least he started Brian on supplements and a special diet.

It was now early February 2009. I called our family doctor again, because Brian no longer seemed able to do it himself. This time, I went with him for his appointment.

Our doctor seemed to be thinking out loud, “There could be something wrong with your pituitary gland, Brian”. So she ordered tests. However, some, like the MRI scan, would take weeks, possibly months, to get done. (This is a side effect of the free Canadian health system – but that’s another story).

Once again, I was in waiting mode.

During all of this, I was juggling my full time job, and trying to work on writing projects on the side. I had taken on tasks that Brian could no longer handle. When it came to paying bills, I was walking a tightrope. Brian’s mom started giving me money. And I was watching my husband, my partner, disappear before my eyes.

Even more heart wrenching, however, was the effect on our girls. The dad they adored, their rock, was no longer really there. I was faced with trying to comfort them and answer their questions when I didn’t have the faintest idea of what we were dealing with.

I think I experienced every emotion there is – beginning with the darkest. Worry. Fear. Anger. Frustration.
I remember one night when I couldn’t sleep. I sat, curled up in a chair in our living room, listening to the clock tick.

That’s when I asked myself, “What is the worst that can happen?” My answers were abrupt. Brian could die. He could have early onset Alzheimer’s disease. We could go bankrupt. One by one, I reviewed each potentially terrible situation.

Finally, I realized that, while none would be something I’d choose, I could survive each one. And no matter what happened, I would always have my kids, my family, friends, and most importantly, God. Somehow, in my darkest hour, I began to understand what faith really is. I knew, one way or another, we would get through this. I didn’t know it then, but I had started the long climb up from the bottom of the stairs.

February drew to a close. In spite of everything we had done, Brian’s confusion and strange behavior had grown worse. Our family doctor had left for England, for three weeks. I decided we could no longer wait. No more waiting for tests. No more visits to doctors.

On that Wednesday night in March, after supper, my daughter and I took Brian to a local hospital emergency room. I picked that hospital because it had both a psychiatric unit and a neurology ward. One way or another, I prayed they could figure out what was wrong.

Not surprisingly, ER staff screened Brian for depression. We sat with a young social worker who listened patiently as my daughter and I described his increasingly bizarre symptoms. Then, she asked Brian standard screening questions.

I’ll never forget the look on his face. He was completely taken aback, even frightened. I nearly hugged her when she then turned to me and said, “This is not depression. I’ll speak with the charge nurse. We’ll run more tests tonight.”

Less than two hours later, we were standing in the ER looking at a CAT scan image of Brian’s brain on a computer screen. The golf ball sized tumor was clearly visible – even to untrained eyes like mine.

The cystic tumor had completely blocked off the tubes that drain fluid from the brain. He had so much fluid build-up; the pressure actually caused his brain to shrink. This caused his dementia symptoms. The tumor also put tremendous pressure on his pituitary gland, which in turn, lowered his testosterone levels, and caused more problems.

The combined feeling of sheer relief and utter horror is almost impossible to describe. We finally knew what was wrong. And now, we could deal with it.

Brian had brain surgery on Saturday, March 6th, 2009. He came through with flying colors. The tumor was benign. The pressure on his brain and pituitary gland was gone. Fluid that had built up in every brain cavity could now drain.

Within days of surgery, it was clear I had my husband back. My girls had their daddy. The confusion, fatigue, forgetfulness, and the strange behavior were gone. It’s hard to describe how we felt. During those long months, it seemed as if we were looking down the barrel of a loaded gun. The trigger was pulled. I heard a click – yet nothing happened. While his health isn’t perfect today, we had dodged the bullet. And for that alone, I’m grateful beyond words.

As crazy as it may sound, I wouldn’t trade this experience for anything. I learned so many things, it’s impossible to list them all, but one lesson stands out for me.
While I have no explanation why our situation ended as well as it did, I am now acutely aware of people who face diagnoses that don’t end as well as ours. I now understand the worry, frustration, and fear that people feel when they have a health issue that no one seems able to help them with.
I realize that someone who is preoccupied or grumpy may be in constant pain… or trying to help a loved one solve a medical mystery. Today, I try to cut people some slack. And I’m forever grateful to the people who did that for Brian, for our kids, and for me, as we struggled through those dark days.

I’d like to help you grow your company… and your revenues.

You can arrange a time to talk with me by sending an email or filling out the form.